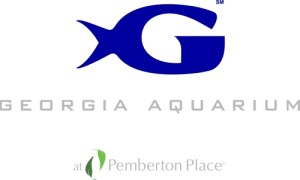 ATLANTA (June 27, 2012) – The world’s largest aquarium invites guests to a special summer time evening experience with the launch of “Imagination Nights.” Georgia Aquarium guests visiting Tuesday, Wednesday or Thursday evenings between 6 – 9 p.m. will enjoy all of the Aquarium’s exhibits and galleries at the special ticket price of just $19.95 per person, plus tax.

“Imagination Nights is a rare opportunity to enjoy a quieter and more personal experience with our aquatic animals,” said Carey Rountree, senior vice president of sales and marketing for Georgia Aquarium. “We like to call Imagination Nights our “no-rush hour.” We have launched this offer to allow Aquarium guests the chance to visit while saving up to 40 percent off regular admission price.”

A ticket for Imagination Nights provides guests with admission to all six galleries of the Aquarium, the animated film Deepo’s Undersea 3D Wondershow and the special exhibition – “Frogs – A Chorus of Colors.” Café Aquaria and the Aquarium gift shops will also remain open all evening, so guests can enjoy a relaxing dinner or grab a souvenir to commemorate their visit.

Georgia Aquarium only offers this special price of $19.95 plus tax for all ages Tuesdays, Wednesdays and Thursdays from 6 – 9 p.m. until August 9. This ticket price is not valid with other combo tickets or offers, and is not valid July 3, 4 or 5. Tickets can be purchased online or at the Aquarium.

On Friday nights during the summer, Georgia Aquarium offers its Summer SoundWaves Concert Series, presented by Kia.  Guests enjoy a wide variety of live music by popular local artists, a cash bar and a special Sound Bites dinner menu from exclusive caterer Wolfgang Puck Catering.  Ticket information and a list of performers can be found at www.georgiaaquarium.org.

My pets recently made a mess of my beautiful carpet, so I went off to research the best residential cleaning service in Atlanta. My priorities were finding a service that was safe for the environment and of course something that can thoroughly clean! I had friends tell me before about the inconvenience of going green, it costs too much, it doesn’t clean as well, or it that it didn’t make the house smell as fresh. Well I was committed to helping the planet so I went as green as I can go while searching for local Atlanta companies. I gave Dr Green a call, and I can say I was pleasantly surprised. They gave me a free price quote over the phone and the rates they charged weren’t too bad. So I went for it and had they come over.

Technicians arrived to check my carpet. They were courteous, and knew their stuff, so I thought it can’t hurt asking them a few questions. I asked them about my friend’s concerns and they answered that these were just popular green cleaning myths. Green technology has advanced leaps and bounds, and can clean as thoroughly as the old and harmful methods, plus the price isn’t much more than the usual rate. They even told me about the “clean” smell you get after the carpet cleaner cleans is actually a chemical deodorizer that was not environmentally friendly. They showed me that they go green in other ways, by using low pressure methods instead of steam cleaning. Steam cleaning was a waste of water when there are better options available now. Well I guess those green cleaning myths are busted!

It’s nice that the technicians were available to talk to. At this point I was pretty curious as to what green cleaning actually consists of, so they walked me through their 10-step green cleaning process. It was very thorough, with a very involved pre-cleaning and pre-spraying process and a post cleaning process to make sure that everything was clean. They even offered a carpet protector to make sure my carpet lasts longer and looks better. After the cleaning, a technician walked with me to ensure that the carpet was clean, and he told me that they’ll also give me a call the next day to check if I was satisfied. Wow, all I can say is that they are very thorough in their work; offering to clean again for free if I was not satisfied is pretty nice of them as well. They were friendly, experienced and had great customer service, as well as being safe for the environment. For the service they offer, they weren’t too expensive really. I’ll definitely give them a call again. 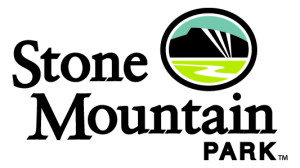 Solar-Filtered Telescopes for Viewing Free of Charge, Provided by

WHO:    Interviews with amateur astronomers and Atlanta Astronomy Club members will be available as well as guests from the park present for the viewing.

VISUAL   There will be 10 large solar-filtered telescopes set up on top of Stone Mountain. Guests will be viewing the transit through these telescopes. Viewers will witness what appears to be a tiny dot passing right to left across the face of the sun. The Atlanta Astronomy Club will be available to describe to guests what they are seeing and guide them through the viewing. A television screen will be on hand to show what the astronomers are seeing and would offer a great visual shot of the Transit just as Venus comes across the face of the sun.

Now that GA schools are getting out for summer, I know some of you are trying to find things for the kids to do? So you will notice that I have teamed up with a lot of local companies to share some great events, activities and even CAMPS!  Today I learned about a cool camp that is great for kids that want to be introduced to the movie making process!

Camp Flix, a new summer camp that introduces kids ages 11-17 to the movie-making process, from idea pitching all the way to the final cut of a short film under the guidance of award-winning industry professionals and filmmakers, will debut this summer in Atlanta, it was announced today. Camp Flix will teach the filmmakers and actors of tomorrow about screenwriting, pre-production, acting technique, cinematography, editing, marketing and distributing their movie – even how to walk the red carpet as their movies are screened at a Hollywood-style Friday night gala premiere.

The inaugural Camp Flix will be held July 16-20 at Emory University and session two will be July 23-27 at Oglethorpe University. Visit www.campflix.com to register and for more information. (Spots are limited and available on a first-come, first-served basis.)

Campers will also receive special instruction from actor, writer and director Chris Lowell and other accomplished Hollywood professionals. Lowell starred in the Academy Award®-nominated motion pictures The Help, with Oscar®-winning Best Actress Octavia Spencer and Emma Stone, and Up in the Air starring George Clooney and Vera Farmiga. The Atlanta native was also a regular on the popular television series Private Practice and Veronica Mars. He will share his expertise with campers during one of the Camp Flix sessions.

Overseeing Camp Flix is Tom Karsch, who ran and helped build Turner Classic Movies (TCM) into television’s only dedicated home for the greatest movies of all time and one of the most popular networks on TV. Karsch was also a former board member and interim executive director of the Atlanta Film Festival.

“The city of Atlanta continues to be in the filmmaking spotlight as a premier destination and host for filmmakers,” said Karsch. “Launching a camp dedicated to educating future filmmakers was a logical extension to Atlanta’s budding filmmaking scene and the national popularity and success of Camp Jam.”

Camp Flix comes from the creators of Camp Jam (campjam.com), the nation’s largest and most popular provider of rock and roll summer camps and year-round, educational rock and roll music programs for kids and adults. Camp Flix is accredited by ACA, the American Camp Association, a community of camp professionals who, for nearly 100 years, have joined together to share knowledge and experience and to ensure the quality of camp programs. ACA-Accredited® camps meet up to 300 standards for health, safety, and program quality.

Are you looking for a fun Basketball camp for your kids this year? Look no further!  Our own Atlanta Hawks is having one!

WHAT:   Atlanta Hawks Summer Basketball Camps Presented by Philips are taking place all over Georgia this summer, including a location in your city, and are open to boys and girls ages 7-16. Each camp will offer a high-energy opportunity for young players and fans to improve their skills, play the game, meet friends and have fun. Camps will feature special Atlanta Hawks guests and trainers in addition to a 2012-13 regular season hawks game ticket and exclusive Hawks gear. Cost per camp is $200.

Various dates throughout Georgia. All camps run from 9 a.m. – 4 p.m.

ADDITIONAL INFORMATION: For more information on any of the Atlanta Hawks Summer Camps, please visit http://www.nba.com/hawks/2012-summer-basketball-camps.