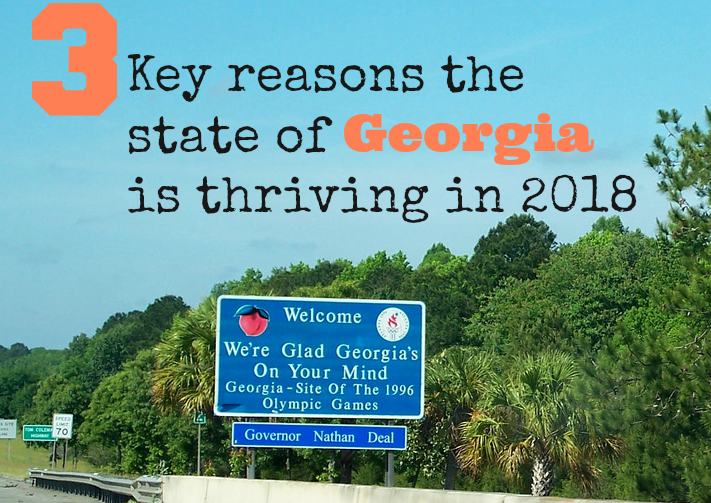 Why do some states thrive while other states stagnate or regress? This is an important question that Benjamin Ayers, dean of UGA’s Terry College of Business, touched upon during the annual economic forecast from The University of Georgia earlier this year. Not surprisingly, Ayers made the focus of the conversation on the state of Georgia and what economists should expect of Georgia’s growth in 2018. Ayers attributed the Peach State’s success to its economic development, population growth, and housing recovery.

The times are always a-changin’, aren’t they? Luckily, Georgia’s politicians and officials had sufficient foresight into just how much the changing times would impact their state’s economy. To protect their state’s population of ten million inhabitants, these leaders enacted the Workforce Investment Act (WIA) and the Workforce Innovation and Opportunity Act (WIOA). The legislative policies were meant to implement targeted workforce training in a proactive way – and it worked.

These types of initiatives are leading the way in making sure Georgia’s workforce possesses the necessary skills needed to meet the demand of companies across the country, giving the state favorable chances of landing economic development projects. This factor, along with the state’s employment growth of 2 percent being almost double the national average of 1.1 percent, is essential to Georgia’s capacity to thrive in 2018.

There are two interesting predictions when it comes to Georgia’s population impacting its ability to succeed as a state. For one, there is the potential migration of about 109,000 new residents into Georgia. These new residents are flocking to the state because there are tangible job opportunities – for instance, 17 Georgia companies were listed on the most recent Forbes 500 List.

In addition, there are new job markets flourishing in Georgia, mostly tech-driven. It’s no surprise then that the state’s population is expected to grow by 1.5 percent this year, as the supply is following the demand, and vice-versa. But with all of this movement in this beautiful, growing area, it must truly be busy season for residential moving companies in Atlanta, that’s for sure!

Investors have their eyes set on southern states, particularly Texas, Florida, and Georgia; the logical explanation being that investors are betting on data suggesting that Americans are continuing to move into these states because they’re seeking more affordable housing and strong job markets. These occurrences are indicative of characteristics associated with a housing recovery. When the overall perception is of sheer optimism, then that lends itself to further investment from investors. That positive cycle fuels itself into supporting a blossoming housing recovery, which further perpetuates the strong likelihood of a thriving Georgia in 2018.

From Peach State to Profitable State, 2018 is looking like a strong year for our remarkable state!