Everyone knows how much I love my Coca-Cola! So I am very excited to share with you the latest promotions! Coca-Cola has teamed up with Carmike Cinemas and NASCAR to offer fans the opportunity to purchase Coca-Cola Racing Family collectible cups exclusively at Carmike Cinemas, with a donation from Coca-Cola and Carmike going to the USO to help support our troops and their families. This year’s featured drivers are: Jeff Burton, Greg Biffle, Tony Stewart, Ryan Newman and Danica Patrick.( GO DANICA!) 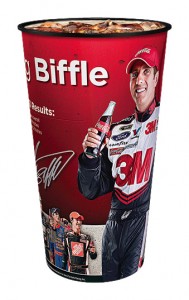 Along with these collectible cups, fans can also enter Coca-Cola’s Carmike 2012 Sweepstakes where one grand prize winner will win a trip for 2 to the 2013 DAYTONA 500.  For details on the official Coca-Cola Carmike 2012 Sweepstakes, make sure to check out the Official Rules here!  but to win, you have to get to Carmike Cinemas before September 30!

However, that’s not all!! We are giving one lucky reader a chance to win this great gift basket!! 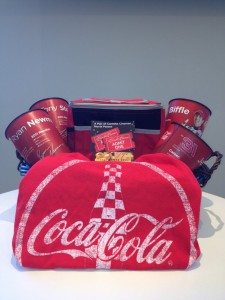 The gift basket includes 4 of the collectible cups, a Coca-Cola t-shirt and cooler, 2 Carmike Cinemas movie passes and a $50 AMEX gift card.

*The prize was provided by Coca-Cola. Neither Coca-Cola nor its program partners (NASCAR + Carmike Cinemas) are sponsors, administrators, or involved in any other way with this giveaway. All opinions expressed in the post are my own and not those of The Coca-Cola Company or aforementioned partners. Winner to be chosen by Mommy’s Hangout.*