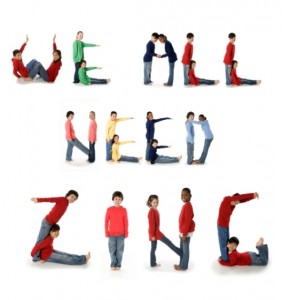 Zinc supplements are healthy and safe alternatives to foods containing this mineral and they’re used worldwide for treating hypozincemia. Available in oral and injectable forms, these products can be used to solve or prevent a wide range of health problems caused by nutritional deficiencies, mainly in infants born in poor rural areas and developing countries where the daily intake of zinc is lower than recommended.

Benefits of Zinc for Children

Including this mineral in kids’ diets is essential for their normal growth and development, this mineral being involved in strengthening the immune system, stimulating the brain’s activity, protecting the digestive system and improving its functionality.

All the cells in our bodies require zinc in order to multiply and to fight against pathogens. Protein synthesis, wound healing, blood clotting and hormones production are strongly linked with this mineral, which is naturally found in bones and teeth, skin, hair and nails, eyes, liver, muscles and testicles.

Although this nutrient can be taken from various food sources, such as poultry, seafood and meat, dairy products and whole grains, beans, nuts and legumes, the human body only absorbs around 30 percents of the amount of zinc found in foods. For this reason, hypozincemia can easily affect any person that doesn’t have an adequate daily menu.

While zinc deficiency is quite rare within the US, this health issue affects a large number of children worldwide. According to Zinc International Association, approximately 450,000 infants die annually because of zinc malabsorption, malaria, pneumonia, diarrhea or other similar conditions caused by a lower than recommended zinc intake.

However, zinc deficiency symptoms occur not only in children not receiving enough minerals through foods, but also in those losing too much zinc from their bodies due to increased cooper exposure for example. The manifestations of this health problem are often neglected or diagnosed improperly simply because they aren’t specific to this mineral deficiency only.

Some of the manifestations associated with this condition are less visible, thus harder to diagnose than others. A child who doesn’t get enough zinc from his mother while being breastfeed or before being born is more prone to developing this problem, which is known to cause affect his development and growth. In other words, both the mental and physical development of the child are affected by an inadequate intake of zinc, the growing process being slowed down or even stopped in severe cases.

Then, the improper functioning of the reproductive system, which produces fewer hormones than normal triggering a defective sexual development, is another symptom of hypozincemia.

Also, the loss of appetite resulting in accentuate weight reduction, diarrhea, an altered sense of smell and taste, generalized hair loss, a dry and rough skin, a poor vision and slow wound healing are also listed among the manifestations of zinc deficiencies. Some of the children affected by this nutritional problem also show emotional instability, constant irritability, nausea and painful joints.

The most effective way of preventing this health issue is providing enough zinc for kids through foods or dietary supplements. Kids aged 3 or less need between 2 mg and 3 mg of zinc daily, those aged 4 to 13 years require 5-8 mg of mineral per day, while children aged over 14 need 11 mg (boys) respectively 8-13 mg (girls) of zinc daily.