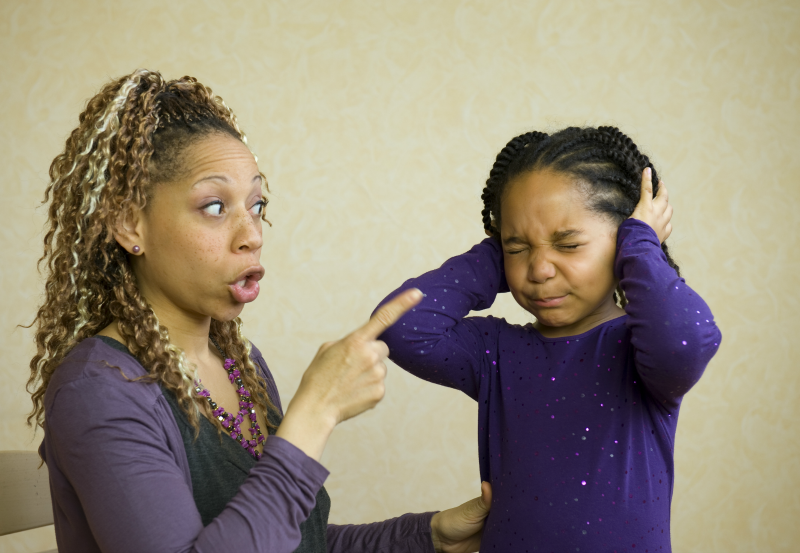 I must admit that ever since baby number two was born, I began yelling a lot. Not to the newborn, of course, but to my dear, oldest daughter. Suddenly my super precious one had been the number-one source of my stress and the cause of too much yelling in the house. I am stressed, and I admit that I need to change my ways. I yell at my four year old for creating noise that MIGHT wake up her sister, only for my newborn to be roused from her sleep because of my yelling. Back then, I knew I had to do something.

I scoured the Internet for tips; I joined parenting forums to get some ideas on how to stop myself from shouting a lot; I bought books to stop me from nagging my oldest child; and I even went to the extent of posting reminders in the house to speak softly all.the.time. But I am only human. Despite some improvements in my yelling, there are still some really bad days that I find counting from one to five or doing breathing exercises or mommy time-outs to be so hard that I give in to snapping and shouting.

It was so bad that there was a time I yelled to my daughter in the parking lot and caught a parent staring at me. I felt so guilty when I saw that look in her eyes; however, I realized that bad days happen. There are days when my eldest gets overstimulated with cartoons or the iPad or when she eats too many sweets in my quest to make her quiet enough so that the baby could sleep. The struggle is real, and I’m just thankful I caught it early on and acknowledged that I should try my best to help myself. So far, the most effective way I have thought of and practiced was journaling. I recorded the times I yelled and the situation that led me to it. I also took into consideration other factors that could make anyone cranky—like hunger, less sleep, tiredness, and other problems like a fight with a spouse, financial worries, or even work-related concerns.

By taking note of each of the times I yelled and the reasoning behind it, I realized after a week or so that I yelled more when I lacked sleep or when I forgot to eat. I would also tend to snap when I just had a slight misunderstanding with my husband or when I had a tight deadline that I had to work on. With this, I realized I was not being fair to my oldest daughter. She should not bear the brunt of all these stresses just because she is the noisiest member of the household. I don’t want to take that happiness and giddiness in her personality because of fear I might snap and yell at her anytime. I do not want our relationship to be affected.

I told myself I had no reason to be cranky because of all these factors. Unlike a toddler that goes on tantrums, I can control the situation, and the factors that led me to be the scary, cranky momma that I turned out to be when I didn’t have enough shut-eye or food. I am an adult, after all, and I can cook and eat on time. I can get additional sleep if I would only just put down my iPhone and stop reading posts and status updates of my friends on FB. I should take this journey to stop yelling seriously.

I am already at week six of my journey. My system may not yet be totally free from the need to yell from time to time, but at least I saw a dramatic improvement. I discovered that I have control over myself by instilling discipline and understanding what causes the unpleasant behavior.

So what am I saying here? The next time you catch a fellow parent yelling, stop yourself from judging. That mom could be going through a lot, and whether it is evident or not, she might be using up every bit of restraint to stop herself from shouting at her kids. Yelling is a real struggle. You don’t get too many Internet tips or e-books aimed at helping you to stop shouting. If it is happening to you, know that you are not alone, and you can do something about it. If you are not one to yell, then pat yourself on the back and just avoid judging others for doing so—not because you are condoning the practice, but because you know that parenting is definitely not a walk in the park.

RIA SAM is mother to a four-year-old, strong-willed, Broadway-singer wannabe and a 10-week old breastmilk chugger. Before she became enamored by motherhood, she was a journalist. She now spends her days with the girls while blogging on the side. Read her musings, mommy solutions, and motherhood resources for Filipina moms on her website http://happypinaymommy.com