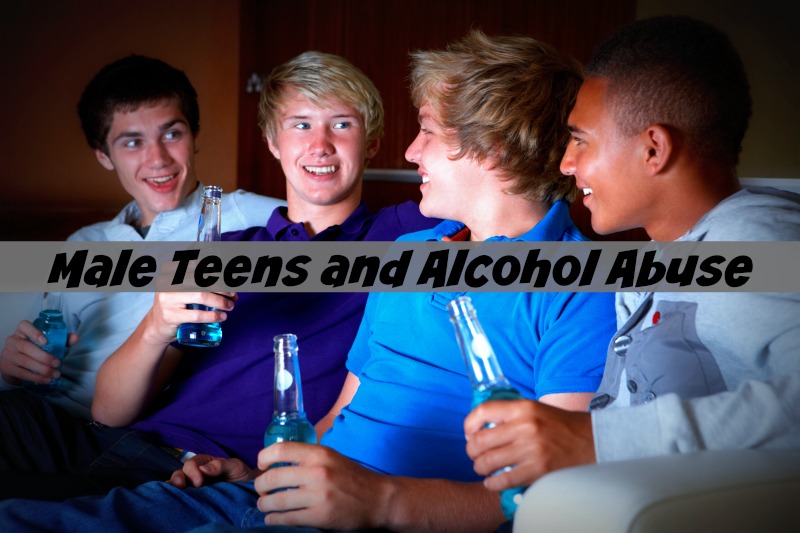 Young adults between the ages of 15-20 often experiment with alcohol innocently as a way to fit in with their peers, handle stress and demonstrate their independence. Facts revealed by the National Institute on Alcohol Abuse and Alcoholism, many teens begin the practice of binge drinking between the ages of 12 to 20 and that as early as 15 years of age, 35-percent of teens say they have had at least one drink and by the age group of 18 years the numbers nearly double to 65-percent.

Why do so Many Young Males Experiment with Alcohol?

Social media is playing a heavy role in a young adult’s life. It’s no longer just about fitting in at school but also what you do after school. With most of the teen population online at one or multiple sites, teens with insecurities or an undetected mental illness will do just about anything to make the grade. Many young adults also find alcohol as socially acceptable after all their parents throw parties and attend parties and drink. The movies and television shows write scripts showing people having a good time in bar scenes and out enjoying themselves with a drink in hand. So, for many, it starts out as a sort of curiosity, that unfortunately often goes to the next level. Rehab for young men is available as a treatment program. The key is to identify the problem early and get them the help they need so that they can grow and develop to their full potential.

With young adults that have no wisdom or fear inside them, rather than having a drink, they end up digesting an entire bottle of rum, vodka and other hard forms of alcohol. Because they lack experience and have no concept that a drink takes a few minutes to show results, they drink more to get the “buzz”. Males are not the only ones who binge drink. In college, more women jockeying for acceptance, are now joining the ranks of the once male-dominated sport, per se. While males still hold the top slot, women are now following closely behind. Many young adults drink to fit in with their peers, wherein if they were themselves without a drink, they would hang out without notice. The alcohol gives them the courage they need to start and join into conversations. Another reason males binge drink is for their ego. They want to prove that they are the best at everything, even if it means falling face first on the floor.

Why is Drinking at a Young Age Cause for Alarm?

Alcohol is a controlled substance and for young teens that develop the need for it, it can become a habit they don’t lose. Not only does alcohol impair their judgment, produce aggressive behavior, cause accidents, injuries and possible deaths, it can affect a young person’s brain development. The brain continues to grow well into a person’s 20’s. When you throw alcohol abuse into the mix, proper development of all functions is at risk. Recent studies show that when teens drink excessively they have smaller prefrontal lobes than young people of the same age who do not drink. This can affect their ability to learn, use good judgment, make decisions and show impulse control.

How do you recognize if Your Child has a Drinking Problem?

Young adults, in general, go through many changes before they reach adulthood. So for many parents, when sudden changes occur you often shrug them off as “hormonal”. If your teen is displaying out-of-character behavior take notice. Some of the tell-tale sign of having a dependency on alcohol are a change in appearance, depression, anxiety, mood swings, a new group of friends, aggressive behavior and deterioration in school interests. If your teen shows signs of a few of these, it’s time to seek professional help.

The good news is that today treatments are available. It’s no longer an embarrassment to find and get the help your child needs. Places that specialize in rehabilitation work with these young adults and help them fully recover.